When Life Doesn't Live Up To The Dream: The Problem of Our Generation?

Do you ever feel as if your life hasn’t turned out the way you hoped it would? Do you feel disappointed, 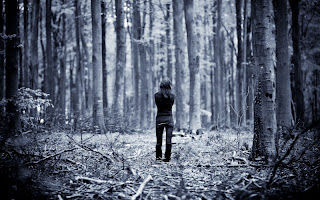 unfulfilled, and like you were lied to about your prospects? You thought that, by now, you’d have it all figured out – the dream job, the amazing house, the beautiful family – but, instead, you’re slogging away at a badly-paid job that you can’t stand, wondering where it all went wrong… sound familiar?

It seems that discontent is in the air these days; whether it’s riots, revolutions or discontent. Scrolling through my Facebook newsfeed, travelling the world and coaching, there’s a feeling among people that they’ve somehow failed. They started out with great dreams, and somehow, life got in the way. Paying bills and just affording to eat takes precedence over everything else – a soul-crushing reality for those whose hearts are ignited by music, poetry, or, really, anything other than sales and data entry. You’re not alone if you feel that way. We were told that the world was our oyster. But it turns out that being smart, hard-working, creative, good with people and qualified is not enough. You toil through the job adverts, being put off by the word “experienced” on even the easiest-sounding job. You see things you’re more than qualified for, but you need some certificate you’ve never heard of to even apply. You find your dream job, but it’s an unpaid internship. You wonder how you’re ever going to get where you want to be without winning the Lottery or marrying someone rich.


So what’s going on? Some say there’s a problem with our generation (people aged 18-35 or so); we’ve even been dubbed “the Lost Generation”. When thousands of disenchanted young people demanded a more equal society – the Occupy movement of 2011 – smug, middle-aged rich people scorned protestors as being wasters, hippies, or spoilt kids with made-up problems. That’s what we’re told: we think we’re special, we expect too much. But I meet people of all ages who feel the same disillusionment.

This morning, somebody posted this little article. Despite its ignorant use of the word “gypsy” (which is derogatory to anybody Romani), its scathing attack on an entire generation – characterised by the most extreme example of a spoilt kid who thinks everything she touches turns to gold (or rainbows) – contained some good points: "Why Generation Y Yuppies are Unhappy".

The gist of the article is that members of Generation Y (those of us born between the late 70s and early 90s) are delusional. We believed our parents’ and teachers’ lies about how special and wonderful we are, and so we expect to instantly find amazing careers. We believe that we can be whatever we want to be - once we figure out just what our true soul’s calling is. The author points out that this is unrealistic, and leads to disappointment, as reality just doesn’t work that way. Can it be that simple? Are you unhappy because your expectations are unrealistic?

As piles of comments under the article point out, things just aren’t that simple. The economic situation has changed. Just the other day, a man I met at a pub told me that, fresh from school, he applied for jobs in ten different banks – and all of them offered him a job there and then. Prospects for promotion came later. I felt like I was listening to a fairytale. These days, to work in a bank, you’d need a degree in Accounting, proof of your “team-playing” attitude and the elusive “experience” that’s impossible to gain without even more experience.

We’re coming out of University with far more debt than ever before, and Americans have it even worse than the British at the moment – fees are far higher, loan agencies are far more persistent and have the power to garnish your wages, and on top of that there’s the horrifying situation of health insurance. Here in the UK, we don’t have to worry about getting ill – we know that the NHS will take care of that – but our friends over the pond might have to shell out thousands of dollars just to pay for an ambulance, unless their job provides great insurance – which fewer and fewer jobs seem to be doing.

Previous generations didn’t face the same costs; your first job out of university would have bought you a house and helped you raise a family. These days, graduates spend years paying off their loans. When new jobs are advertised as temporary, contract or unpaid internships (which, by the way, are illegal in all but the charity sector), job security is another fantasy of the past.

Unaware of how much things have changed, parents nag us – “Get a job!” and, when we do, “When are you going to get a real job?” (as if something that provides money doesn’t count unless you have to wear a suit for it). I’ve heard a few people in their 50s saying that they certainly can’t imagine being a young person trying to enter the job market in this day and age.

At least, what we like to think. As depressing as it is, there’s some comfort in highlighting how hard things are for us, versus how easy things were for our parents. Shifting the blame and turning ourselves into victims is the easy approach; we don’t have to consider that, just maybe, there’s something we’re doing wrong. Before we get all angry - blaming the economy, blaming our parents, blaming our teachers for not warning us about how things really are – we do need to take a look at what’s going on inside our heads. Is the article right? Do we expect too much? Are we unrealistic about our prospects? “It's pretty straightforward—when the reality of someone's life is better than they had expected, they're happy. When reality turns out to be worse than the expectations, they're unhappy,” says the author. This part, at least, is a sound argument.
It seems obvious that when we expect something to be wonderful, and it turns out awful, we feel disappointed. There’s even a nice little visual on the psychological explanation of disappointment here, in case you’re curious. Carl Rogers believed that when our real selves don’t match up to our ideal selves, we experience incongruence – which generally leads to unhappiness and confusion.

It might be clear to you – you thought that you were one of the smartest people in the world, but upon entering “the real world” it turns out that you’re not even in the top 10%. Perhaps you just went to a school full of low-achievers, but now your brain isn’t enough to get you into the job you always dreamt of. So many of us were top of the class, took on extracurricular projects, were creative, friendly, compassionate and bright students – and yet it feels as if the world is telling us “it’s still not enough”. So, what’s the answer? As a life coach, I’m supposed to convince everyone that their dream life can be theirs. I should tell you that the keys to your success were in your pocket the whole time. I’m expected to shower you with clichés which don’t really help when it comes to applying for jobs or business loans, or to fixing your broken relationships. After that tenth rejection letter, being told to stay positive doesn’t quite cut it.

Well, as much as we might want to curl up into a ball and admit defeat because the world turned out to be harder than we’d hoped, bitching about the economy isn’t going to solve anything. I’m determined that we can tackle this problem – after all, what’s going to happen if we don’t?

Let’s look at the other side, for a moment. Our parents didn’t have the Internet – to network, they had to actually travel, stick up posters, write letters to newspapers and make phone calls (to landlines – shocking!), whereas we can just post something online in seconds. There are plenty of examples of people who have achieved massive success using technology that didn’t exist back then – Mark Zuckerberg, Arctic Monkeys (made famous through MySpace), all those meme stars who are now famous across cyberspace, not to mention the sheer amount of companies who now rely on Internet technology to advertise, organise and even recruit for their businesses.

There’s discontent in the air. Mental disorders like anxiety and depression affect a quarter of the population, and no wonder. We feel lost, disillusioned, depressed, angry. But what is going on – is it our own fault, or is it due to the economy? Do we need a change in policy, or a change in attitude?

I would love to hear from you; whether you’re a disappointed dreamer whose ambitions have fallen short or you’re a successful achiever who can tell us that hard work is still the answer. Cynic or optimist, I want to hear from you.