How You Can be Happy AND Environmentally-Friendly...

Hello there, and sorry for the long, long gap between updates! I'll explain later.


So, even though we all know that we should be doing more for the environment, few of us truly live our lives 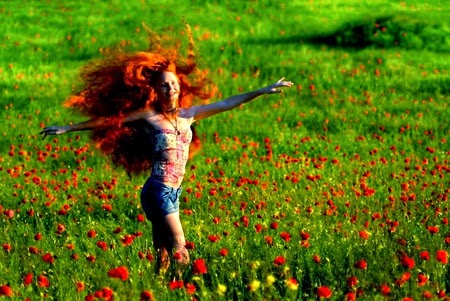 in a way that is "green". We might recycle every now and again, but only before jumping into a car to pop down to the shops (to buy coffee that was grown halfway around the world). Why, when we know it's a good thing to do, do so many of us struggle with environmentally-friendly behaviours?


Brown and Kasser (2005) suggest that the reason so few of us are committed to turning to a green lifestyle is that it is often framed as a sacrifice; the idea that we would have to give up a core part of what makes us happy in order to help the environment. Given the choice between our own happiness and the thought of a healthy planet, most of us are likely to satisfy our immediate needs – thoughts of the environment, and our impact on future generations, seem too far off to truly contemplate.

However, in their paper Are psychological and ecological well-being compatible? The role of values, mindfulness, and lifestyle, the researchers found that environmentally behaviour and personal happiness do not have to be at odds – in fact, they can go hand in hand.


In their first study, the researchers tested middle and high-school students in the U.S. on measures of materialism, generosity, happiness (termed Subjective Well-Being) and ecologically responsible behaviour (e.g. how often they reused plastic bags). They found that there was a positive correlation between happiness and ecologically responsible behaviour, suggesting perhaps that happy people are more likely to behave in "green" ways, or that behaving in environmentally responsible ways can increase happiness. Generosity was also associated with happiness, while materialism had the opposite result – those who were more materialistic were generally not as happy. They also found that the relationship between happiness and ecological behaviour could be explained by people's values – whether they were more focused on kindness to others or on acquiring goods and status.


In their second study, they recruited 286 "voluntary simplifiers" – people who have chosen a simpler, less materialistic lifestyle where they earn less and spend less – and a matching sample of "mainstream" people. The researchers measured the importance that participants placed on several aspirations, ranging from "intrinsic" (valuing personal growth, relationships etc) to "extrinsic" (valuing money, popularity and image) values. As well as subjective well-being and ecological behaviour, the researchers looked at participants' ratings on a Mindfulness scale, which examined their awareness of their own feelings and behaviour.


As you may not be surprised to hear, the Voluntary Simplifiers scored higher for intrinsic values and ecological behaviour. More surprisingly, perhaps, they were also happier than their mainstream (more materialistic) counterparts. What does this tell us about our current ideas of success and happiness?

However, Voluntary Simplicity was not enough to explain the association between happiness and ecological behaviour; those who were more mindful of their inner experience and behaviour were more likely to have high subjective well-being and small ecological footprints, as were those who had higher intrinsic values.


In seems that being mindful of your inner states and behaviour, as well as valuing relationships and personal development over money and image, benefit your personal well-being as well as that of the environment.

There are several ways to explain this – for example, an intrinsically-motivated person is more likely to experience happiness through something that doesn't involve the use of valuable resources. In other words, if you need a fast car and a ton of designer clothes to feel happy, your lifestyle is not only adding to the consumption of resources but probably having a negative effect on your well-being in general.


Apparently, material consumption is on the rise, mental health issues are increasing and yet we're being warned about our planet's limits when it comes to its resources... yet it seems that giving up more to benefit the environment would not mean sacrificing your happiness at all. If living a simpler, more mindful lifestyle is linked with being happier as well as with benefiting the environment, why are so many people still focusing on money, popularity and status?


The answers are many and varied, perhaps mostly stemming from the ridiculous amount of power that advertising has on us and the fact that corporations benefit from making us believe that we are somehow incomplete without their products. Yet, now, we have a choice – we may be bombarded with false ideals of beauty and success, but we also have a wealth of information at our fingertips. Now that you know that environmentally friendly behaviour and happiness aren't only compatible, but that you're more likely to be happy if you live a simpler lifestyle with a stronger focus on intrinsic goals, what do you think you might change?


You might want to start by joining a local community, walking instead of driving to work (if it's close enough) or logging off your social networking sites and going for a picnic with your friends.


If you want to find out more about Voluntary Simplicity, have a look at http://simplicitycollective.com/