Rhubarb is one of those things that normally goes with dessert - rhubarb and custard, rhubarb crumble, rhubarb cheesecake (yum), but when I bought a bunch from my local market I wanted to find out whether I could use it as a savoury dish.

Rhubarb is thought to have many health benefits - its high levels of Vitamin K, for example, being an important contributor to brain health and can help prevent Alzheimer's, as well as being rich in calcium (good for the bones) and being very low in calories! (Read more here)

I did a quick search of the Internet, browsed through a few savoury rhubarb recipes, and decided to try making a simple sauce and spooning it over salmon*, courtesy of Coffee and Quinoa (although she makes it look much prettier that I did!). 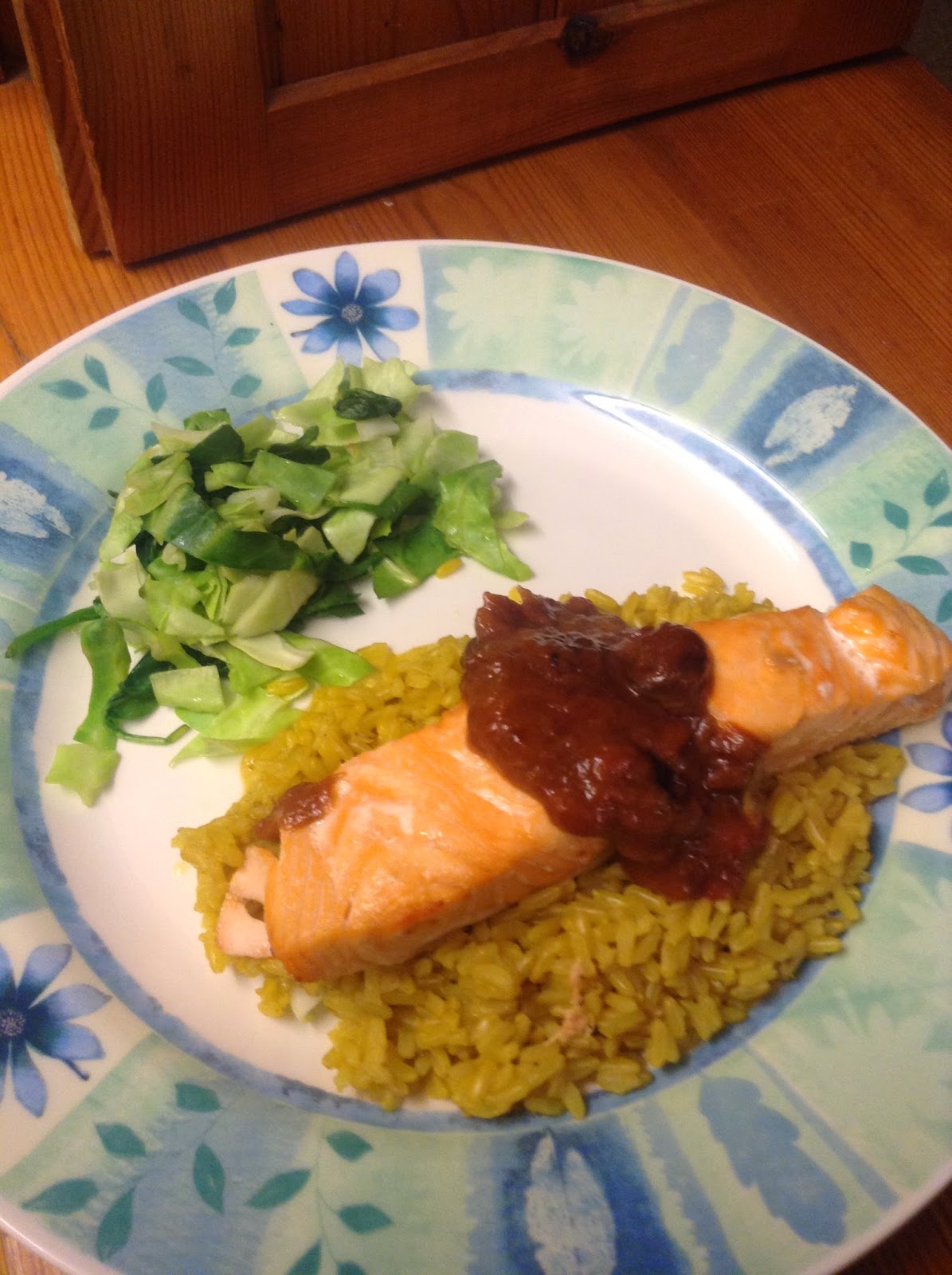 This sauce is very, very easy to make. You'll need:

a lemon
2 tsp of sugar

1. Cut the rhubarb into chunks and add to a frying pan with the sugar and lemon. Stir until the rhubarb starts to change from green to yellow... 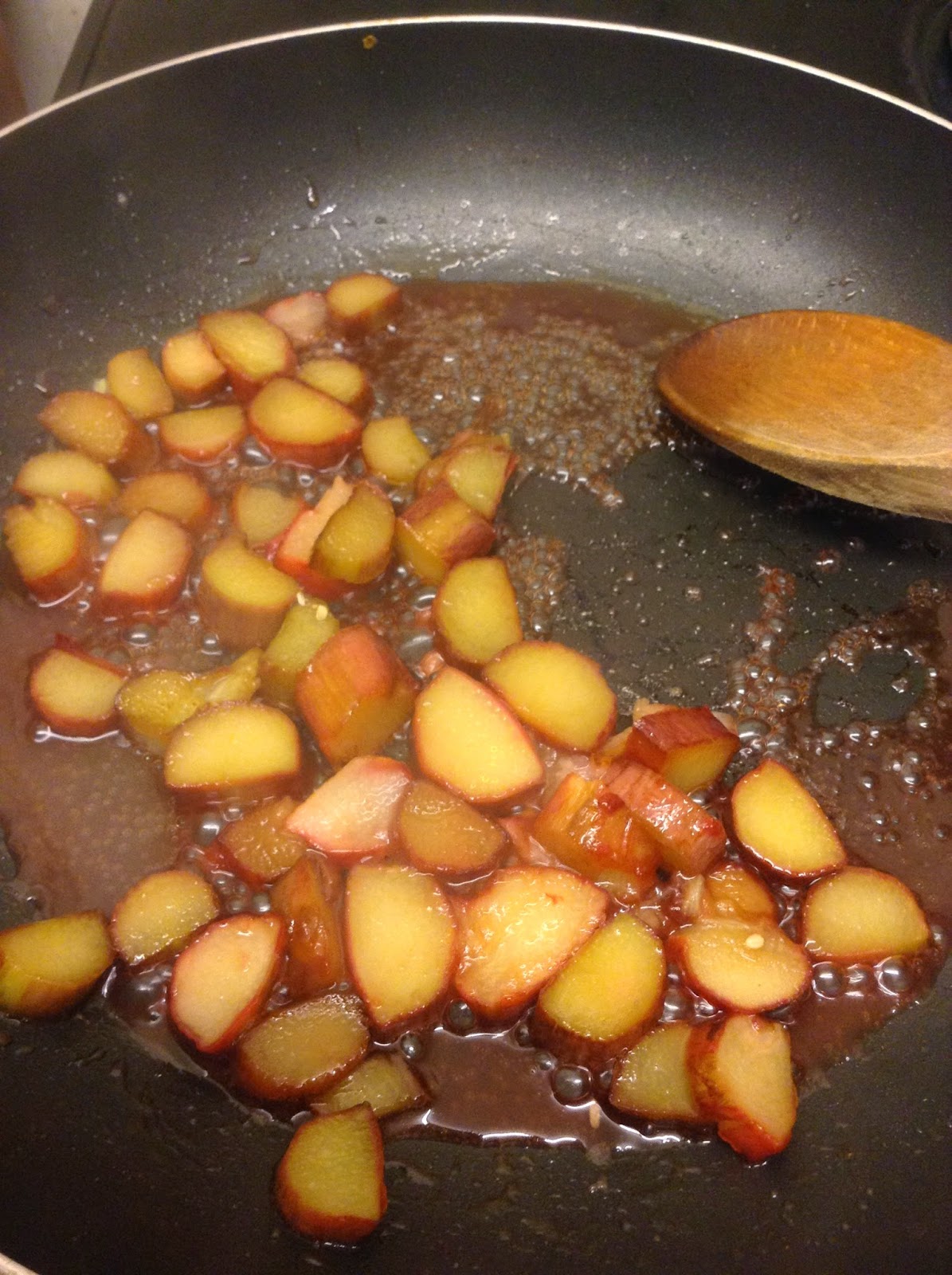 2. Then keep stirring. Eventually the rhubarb becomes soft and mushy, and you'll end up with something like this: 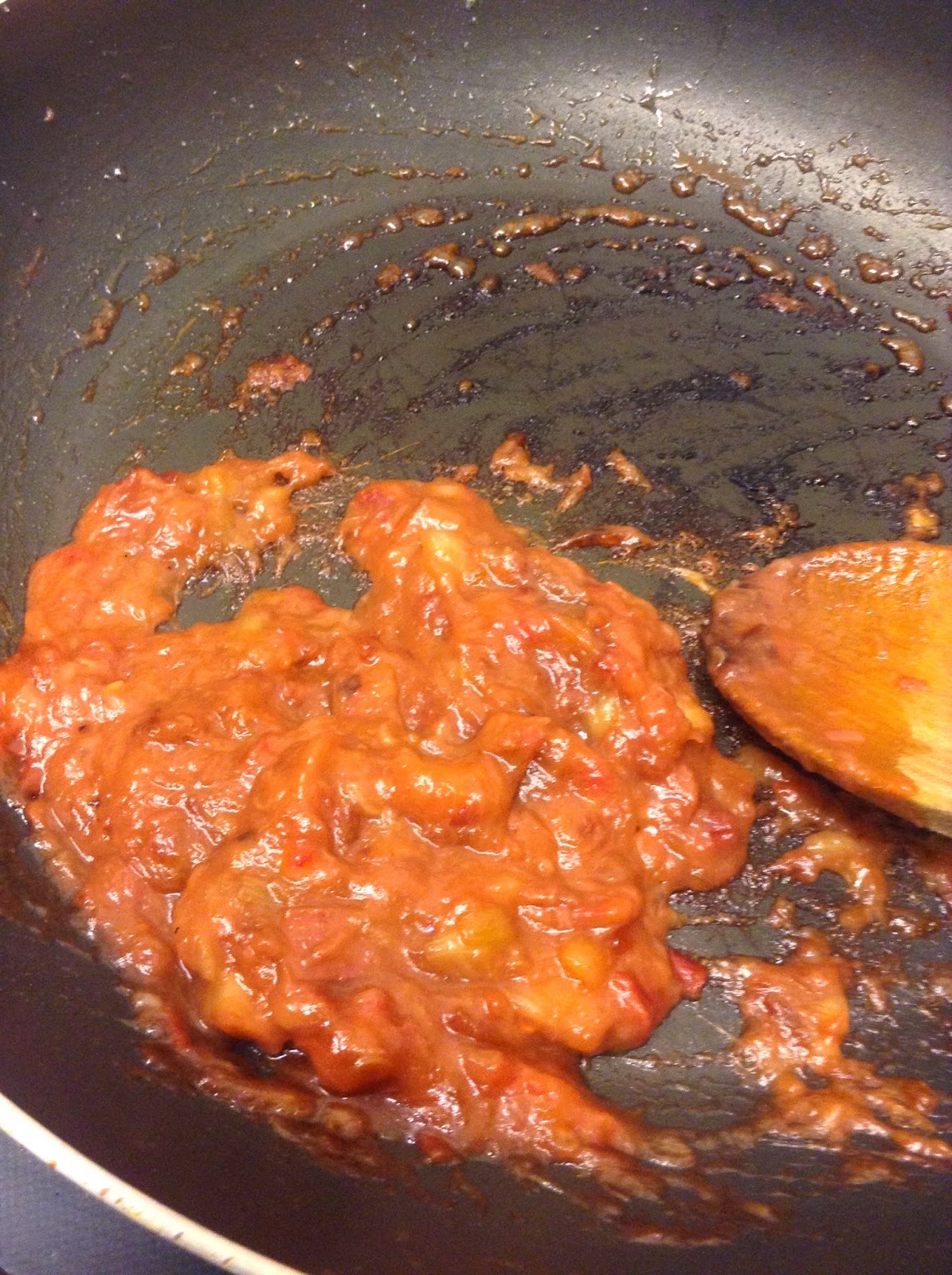 3. Throw the sauce into a blender!

4. Serve over salmon, or anything else you fancy. I served it with steamed cabbage and rice.


You can add rhubarb into any dish for a bit of a tart/tangy surprise. I added some into a stir-fry the next day: 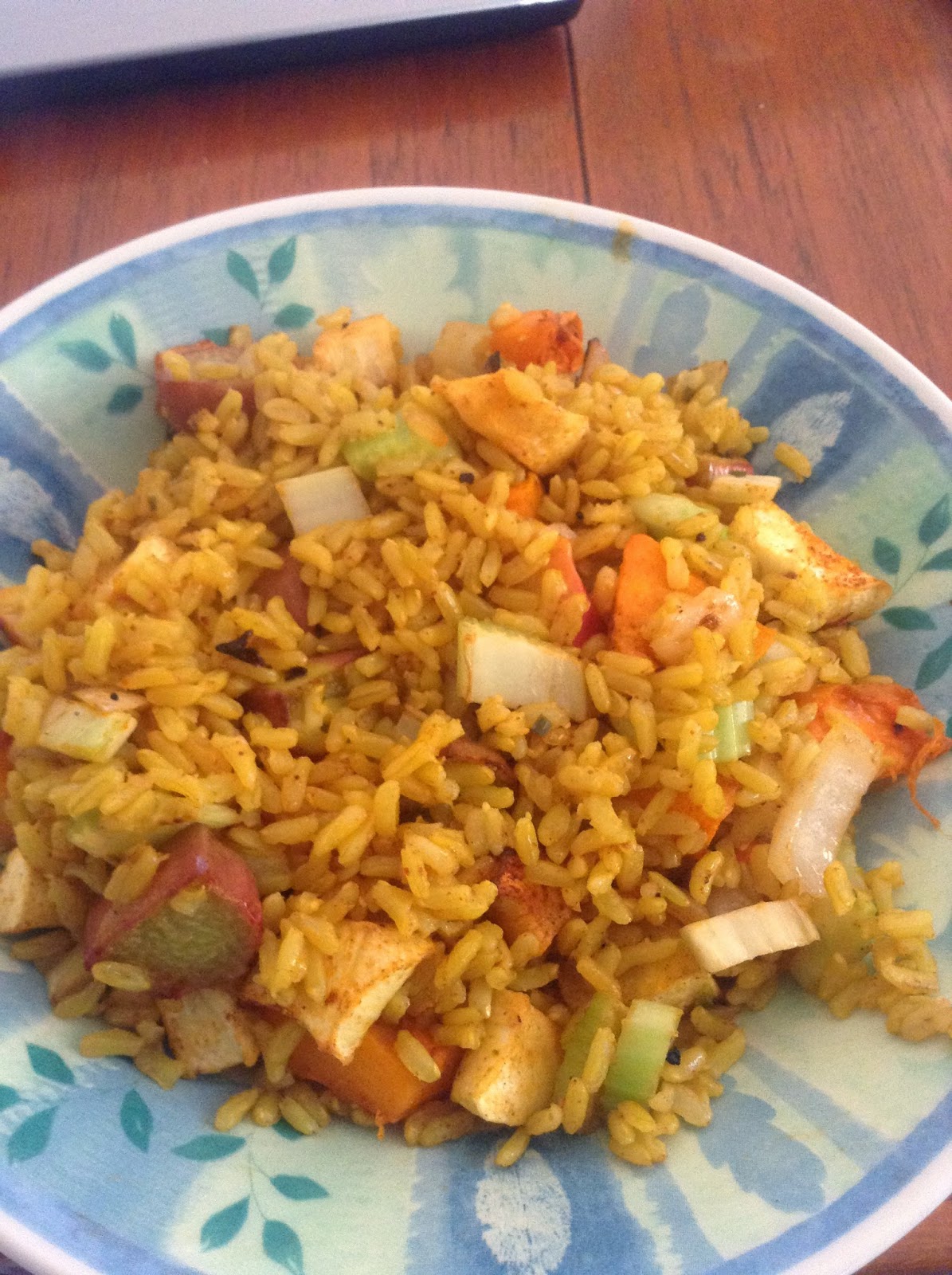 *There's some debate as to whether salmon is healthy or not. In an attempt to follow something vaguely resembling a Mediterranean diet (at least in terms of lots of vegetables, healthy oils and grain, and no processed foods) I sometimes eat fish, and I particularly love salmon.

Omega-3 oils occur in oily fish and is believed to be good for your brain, heart, mood and overall health, but on the other hand salmon can contain high levels of mercury and other chemicals. If you can afford it, wild salmon is supposedly better for you - but it can be very expensive. A bit of a search online seems to show that the experts recommend eating fish as the benefits outweigh the risks... Read Chris Kresser's article about whether salmon is safe or not here.

Anyway, this isn't about salmon - it's about rhubarb!