What is "Flow"? The beauty of being lost in the moment...

Have you ever been so caught up in the moment that you lost all track of time? 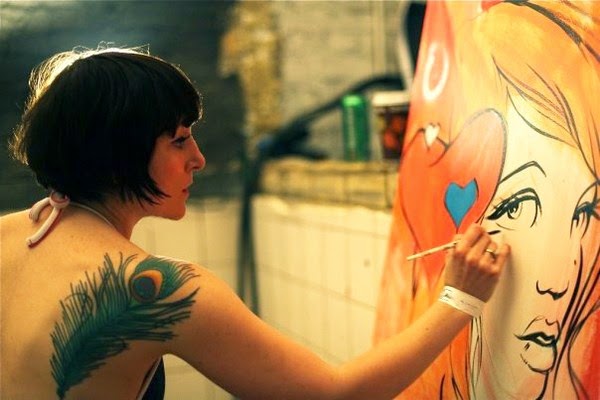 It might have happened while you were doing something unpleasant or boring, but the chances are that you were in the middle of something that you found engrossing and enjoyable - perhaps painting, listening to music, walking, writing or making something.

The idea of Flow was proposed by the psychologist Mihály Csíkszentmihályi, which I'm told is pronounced "chick-sent-me-high", when he observed artists getting lost in their work.

The phenomenon has existed for much longer, for certain - people often talk about being "in the zone", and it's bound to have happened to everybody at least once - even if you haven't experienced this state since you were a child.

According to researchers, a true "flow" state has six components:

1. Intense and focused concentration on the present moment


2. Merging of action and awareness

3. A loss of reflective self-consciousness

4. A sense of personal control or agency over the situation or activity

5. A distortion of temporal experience, one's subjective experience of time is altered

6. Experience of the activity as intrinsically rewarding, also referred to as autotelic experience. (Nakamura and Csikszentmihalyi, 2002)

So, not only do you lose track of time, but you lose your sense of self, in a way. Everything becomes the thing you're doing, and you're no longer taken over by other thoughts or compulsive time-checking.

Further to this, the researchers are clear that 'flow' is most likely to be experienced when you have a clear set of goals in your task and that you're able to see your progress. It also needs to be something that isn't too easy (or you'll get bored) but also isn't too hard (as you'll get frustrated). It's the kind of mental state you might be in when learning something, step by step.

The beautiful thing about flow is that you become really engaged in the moment, and you want to keep working towards the goal you have in mind - or you do the activity for the sake of doing it, because it's where you feel at one with yourself (and that paintbrush). Flow is generally a very positive experience, and the fact that it's enjoyable means that people are drawn back to the same activities - leading to, perhaps, a passion for learning and self-improvement.

There are also studies that show that people who engage in "flow" experiences are generally happier and more satisfied with life (e.g. Clarke & Haworth, 1994; Collns, Sarkisian & Winner, 2009). On the other hand, I can think of plenty of times when I've been engaged in "flow" in activities that might not have been so good for me (or my social life), such as playing addictive computer games!

Can you think of any ways that you could perhaps bring a little more positive "flow" into your life?